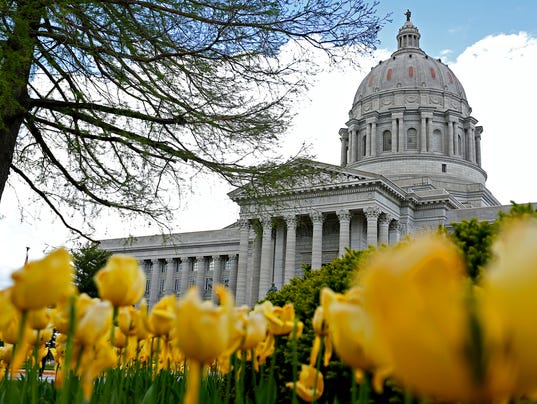 The Missouri State Capitol as seen from its grounds in Jefferson City, Mo. on April 19, 2016.(Photo: Guillermo Hernandez Martinez/News-Leader)Buy Photo

Lawmakers will likely look to limit a property tax credit for seniors and people with disabilities in order to restore health-care cuts to about 8,000 Missourians.

Cutting the tax credit in order to offset in-home and nursing care cuts made by the state has been on the table since Gov. Eric Greitens released his budget in early February.

Lawmakers winnowed down the proposed number of affected Missourians from about 20,000 to 8,000 in subsequent months, though their plan to sweep through various state funds to stave off cuts to services for one year was vetoed and condemned by Greitens as a “fake” and unconstitutional solution.

House Budget Chair Scott Fitzpatrick, R-Shell Knob, says several options are on the table, and all involve some manner of limiting the senior tax credit, which is also sometimes called the “circuit breaker” credit, to free up $50 million.

Fitzpatrick and Sen. Mike Cunningham, R-Rogersville, were tasked by top legislators with leading the effort to find a funding solution. During the mid-September veto session, lawmakers discussed ways to restore funding but delayed action until the Cunningham-Fitzpatrick task force reported back.

Several conference calls involving both Republicans and Democrats have taken place since then, Fitzpatrick said in a recent interview.

The property tax credit is claimed by about 200,000 taxpayers per year and costs a little more than $100 million annually, according to the Missouri Department of Revenue. In the most recent fiscal year, the department reported receiving more than 191,000 claims to the tune of more than $109 million.

The credit is available to certain senior citizens and disabled individuals based on their property taxes or rent. It is capped at $1,100 for property owners and $750 for renters.

Eligible renting recipients have annual incomes less than $29,500, and eligible owners earn less than $34,000 per year. Those requirements are slightly lower for non-married applicants.

Property tax credit applicants also are asked to “truthfully state that (they) do not employ illegal or unauthorized aliens.”

Fitzpatrick said possible steps include lowering the credit maximum for owners to match the $750 max for renters; changing the income limitations; and possibly changing eligibility for people who live in nursing homes or in subsidized housing.

“The tax credit is the lane that we are familiar with and the lane we have chosen to stay in,” he said.

In an unusual turn of events for Missouri, Republicans will need to appease some Democrats in order to work.

The idea is to craft a bill that can be passed in a special legislative session. Lawmakers can meet in special sessions if called by Greitens, but if the governor does not act, they’ll need 75 percent of lawmakers to call themselves to Jefferson City.

Republicans control about 70 percent of the seats in each chamber, so at least a handful of Democratic votes would be necessary to convene outside of the regular legislative session.

“I don’t really expect that they’re going to vote for anything that we come up with,” Fitzpatrick said, “but we’re at least trying to get their input on the least unacceptable way from their perspective to do it so we can minimize resistance.”

However, he said “if working with them does not buy any goodwill or get us any closer to a solution, there’s not a ton of benefit in including them in that process going forward.”

Want to contact your lawmaker? Don’t know who represents you in Jefferson City? Here’s some information about who serves who and how to contact your state legislators.
Wochit

Rep. Crystal Quade, D-Springfield, has been engaged with this issue as a member of the House Budget Committee. She acknowledged that while she and others still oppose restricting a tax credit for senior and disabled renters, negotiations would result in a “less impactful” end result than Fitzpatrick’s initial plan to scrap the renters portion of the tax credit in its entirety.

She said she appreciated Fitzpatrick’s efforts to work with Democrats but still wished the scope of the tax credit reform was broader, citing Greitens’ tax study task force’s recommendations to overhaul numerous other incentives.

“There are a lot of tax credits that we could talk about,” Quade said. “To just only talk about one is frustrating.”

Fitzpatrick said he was “willing to accept some things I don’t love in order to put something together.” He said he and Cunningham expect to present their recommendations sometime next week after discussing options with their colleagues about how to free up the $50 million lawmakers seek in order to restore care.

With health care bill in limbo, GOP shifts into push for...

The beauty brands banking on Game of Thrones – The Sydney...