A patient is evacuated from Baptist Hospitals of Southeast Texas in Beaumont, Texas, on Thursday. 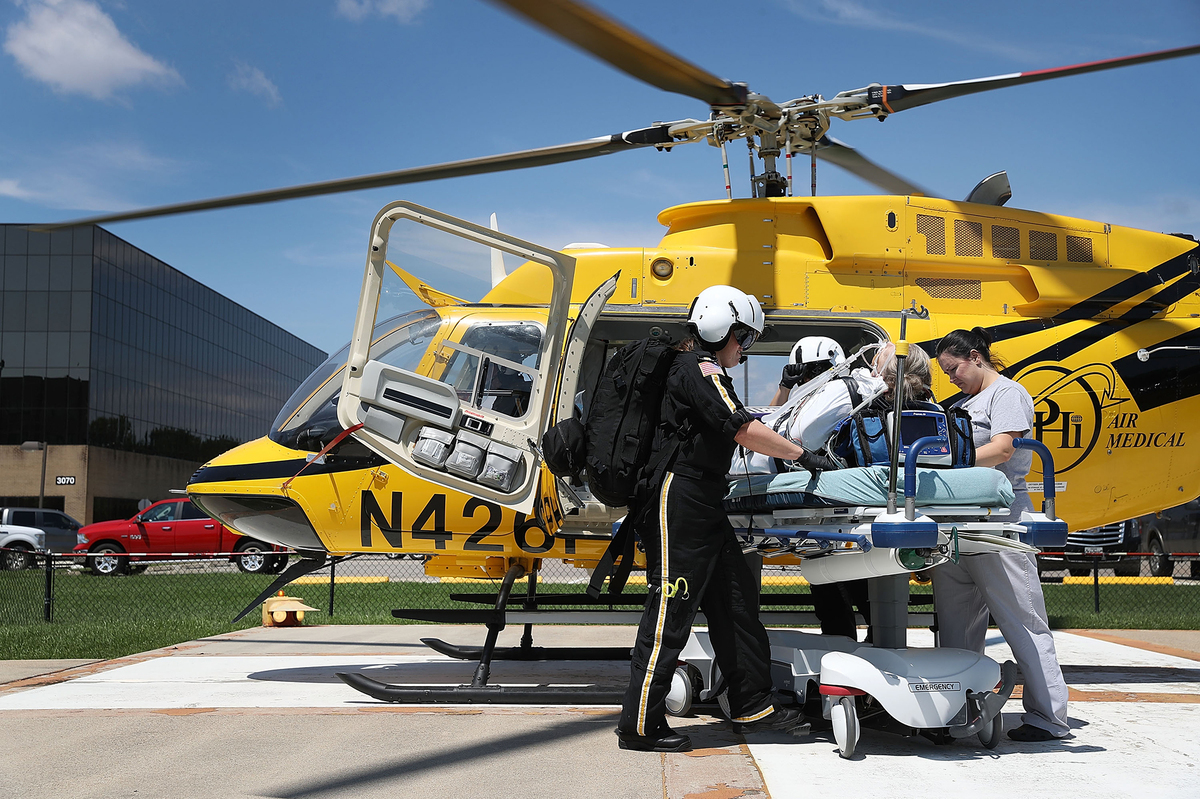 A patient is evacuated from Baptist Hospitals of Southeast Texas in Beaumont, Texas, on Thursday.

Facing tremendous need after Hurricane Harvey, Texas has made it easier for out-of-state health care providers to come and help.

The Texas Medical Board says health care workers who are licensed and in good standing in other states and who are coming to work at a hospital can practice in Texas while the governor’s disaster declaration is in place. Hospitals must provide details for each provider. Physicians who are not affiliated with a hospital can apply for an expedited permit.

The Texas Board of Nursing is also issuing temporary licenses for out-of-state nurses. And the Texas State Board of Examiners of Psychologists is doing the same for psychologists.

But state officials and others are urging practitioners not to self-deploy to the disaster area but to work through relief organizations including the Red Cross, which has issued a call for health and mental health volunteers.

The Texas Department of State Health Services also has its own disaster volunteer registry for medical, public health and lay volunteers. And FEMA is directing people to the group National Voluntary Organizations Active in Disaster.

The extent of the need ahead is already apparent in temporary shelters. Mental health professionals have been on hand, trying to address immediate needs of evacuees, some of whom fled their homes without their regular medications, and many of whom are experiencing elevated levels of distress.

With thousands of people living in tight quarters, tensions can flare suddenly. Michael Berry, who’s been at the George R. Brown Convention Center for four days, says a man who appeared delusional tried to swing at an officer. “They had to get rid of him,” he says. “I don’t know where they took him.”

Dr. John Fermo, a psychiatrist with Houston’s VA Medical Center, is particularly concerned about patients in recovery from an opioid addiction.

“The flood has got me really concerned about my patients running out of their prescriptions of either methadone or suboxone,” Fermo says. “Once they run out of their medications, they may relapse.”

“They’ve seen a lot of hard things, but they feel safe right now,” Jones says of the children, who were rescued from their trailer by helicopter. “I think that trauma for them will continue to set in as they realize that school looks different this year, or home looks different or family looks different. I think it’s more about being able to provide that long-term response.”

Antonio Puente, president of the American Psychological Association, says the real impact of Harvey on behavioral and mental health will begin to be felt after the waters recede.

“There is no easy or quick solution to the destruction and subsequent loss associated with something as catastrophic as Harvey,” he wrote in a statement. “Healing — both physically and mentally — will take a long time.”

UNICEF To Demo Vaccine Delivery By Drone In Vanuatu

Trump Demands That Senators Find a Way to Replace Obamacare